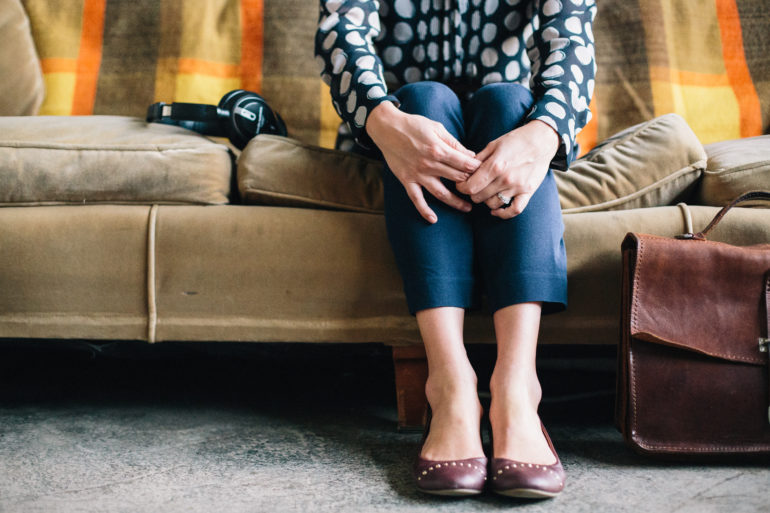 What new, improbable, and impossible cures do you have to share with us today, Elisabeth?

Vaginismus is still largely incurable today, but thankfully not untreatable.

Current treatments are no walk-in-the-park and their efficacy are dubious:  psychotherapy, desensitisation techniques, Botox injections, anti-depressants, and Kegel exercises.

Pure Homeopaths (that’s me!) have been successfully curing patients with vaginismus for a really, really long time.  That’s right – curing.  Not modifying. Not temporarily alleviating symptoms. Not telling you, “You’re crazy – it’s all in your head”.  Curing.  Gone.  Forever.

Here is the proof of the pudding – two published cured cases from 1876.  The first was very simple and uncomplicated.  The second required more effort, diligence, and patience, but the results were the same – some very happy adults (on both sides of the…. doctor’s office).

These cured cases are not exceptions to the rule – they are the rule!

From the pen of Thomas Skiner:

Every Gynecologist knows that there is no class of complaints more difficult to grapple with, more tedious and difficult of cure, than [Vaginismus] in recently married women, and even in women who have been long married…

Further, by Vaginismus is not meant those simple cases of painful coitus… The best proof of the existence of the disease is when the consummation of a marriage is rendered perfectly impossible or so painful from intense suffering… that it amounts to cruelty of the most selfish kind to persist in effecting an entrance…

The cases which follow have remained perfectly cured until now—two years—although I have not seen either party since February 1876. From the perfect relief afforded to all their symptoms, if there had been any return, I should have been the first to hear of it.

CASE I.—Was a young woman, of twenty-four years of age, who first consulted me at the Lying-in Hospital Dispensary. She informed me, through her mother, that she had been six months married, but there was no possibility of her husband having intercourse with her; that the marriage had never been, in legal phrase, consummated.

On looking into her symptomatology, I found that she was a perfect martyr to the worst forms of chronic headache of a pressing, pulsating, or tearing character, much aggravated by mental exertion, stooping, talking, or cold air; relieved by warmth and warm wraps. Of an evening [sic] she had frequently profuse perspiration on the head, which always had to her sense a sour smell. She had also a tendency to take cold in the head from slight causes, especially if the head was uncovered… The symptoms at once determined me to give her [Remedy X].  She took it night and morning for a fortnight, when she was perfectly cured of her headaches and the vaginismus as well.

CASE II.—Is rather more complicated and interesting. At first sight it seemed very simple, and unlikely to give me any trouble, but I found it otherwise.

Mrs. P., age twenty-seven, has been two years married to a powerful, able-bodied seaman, and she is perfectly certain that the marriage has never been consummated; because, from the intenseness and obstinacy of her sufferings from over-sensitivity of the os vaginae, she is forced to resist to the utmost every advance, even the slightest, on the part of her husband, and it has been always so since her marriage. She further informed me that “if she had only known what marriage really was, she would never have gone in for it.”

She has the following symptoms characteristic of [Remedy A]. A sinking empty craving at stomach every day, between eleven and twelve o’clock; hot flushes and faintly spells during the day. Sometimes canine hunger. She perspires freely on slight exertion, and has frequent chills and heats. Occasional fits of sneezing, and itching in the ears. Feet and hands either hot or cold. Aggravation of all her symptoms by washing. Bowels constipated.

[Remedy A] was clearly indicated to commence with, so, on the 30th June last, I gave her [Remedy A], in a single dose of five globules at bed-time.

On the 13th July she reported her state as being much the same, only the constipation was greatly improved. On enquiring of her about her temper and disposition, she at once pleaded guilty to having a very violent one; at least, “for the last five or six months she was not herself” —a wrong-directed word from another being sufficient to raise a storm. I prescribed [Remedy B]…

Sometime after this she called to tell me that her last menses had been attended by terrific pains… I found that she had ill-humour before her last and present menses, accompanied with violent sickly pains in the abdomen, before, during, and after them. I there and then gave her one dose of [Remedy C] and within twenty minutes she was free from all pain and discomfort, for which she expressed herself deeply grateful…

On the 28th October, 1874, I took fresh stock of her case, as the Vaginismus had returned as violent as ever:

During the least attempt at coitus on the part of her husband, all her pain is felt at the entrance of the passage; a supersensitive or intensely sore pain, likely to drive her frantic. After her husband has ceased to importune her, the pain continues about half an hour.

[Remedy C] and [Remedy D]… were tried, both internally and locally, as a lotion, but without the slightest good result. [Remedy E] so much extolled by Schlussler for vaginismus, or pain in the vagina during coition, shared the same fate. I now made up my mind to abandon the case after next visit.

6th Dec., 1874. She called, in her own name and in that of her husband, to thank me for all that I had done for her. She felt now… “better every way, and all over a new woman.” It is now one month since she took any medicine, and she remains “a perfect cure.”

On the 7th February, 1875, I met my patient taking a walk, when she informed me that “she had not felt so well for many a year, even before her marriage”, but she regretted to add, that her husband “was drowned during a collision in the channel, five weeks ago”…

Incredible!  No Botox, no anti-depressants, no surgeries. Just the miraculous combination of one stubborn Hahnemannian and two determined patients.

Does this resonate with you?  If it did, I’d love to hear from you. Feel free to send me a quick e-mail.  If you’d like to book an appointment, even better!

Would you like to hear whenever I publish a new blog post? Just scroll down  until you see the e-mail icon on your left and receive inspired (and hopefully inspiring) e-mails when the muse strikes.

Yoohoo, honey…..  What are you up to this evening?