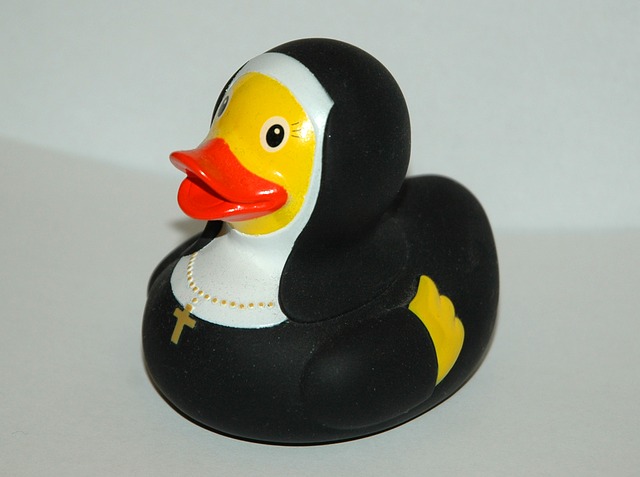 “The number of new chemicals is increasing exponentially”—we’re talking 12,000 new substances a day. Yet, data aren’t available on the hazards of even some of the high volume chemicals. BPA is one of the highest volume chemicals, with billions of pounds produced each year. And, studies have “raised concerns about its possible implication in the [cause] of some chronic diseases, such as diabetes, obesity, reproductive disorders, cardiovascular diseases, birth defects, chronic respiratory and kidney diseases and breast cancer.”

A new study on the health implications of BPA comes out nearly every week. BPA was first developed over a hundred years ago as a synthetic estrogen. But it wasn’t until the 1950s that industry realized it could be used to make polycarbonate plastic, and it rapidly became one of the most used chemicals worldwide, even though it was recognized to have hormonal effects. About a billion pounds are also used to line food and beverage cans—especially in tuna and condensed soups.

And now, we basically all have BPA in our bodies, and our children’s bodies. But, not to worry; the government says up to 50 a day is safe; 50 micrograms per kilogram. And, even those working in Chinese BPA factories don’t get exposed to more than like 70 times lower than that safety limit. Okay, then, why did exposure seem to affect the male workers’ sperm counts?

In the U.S., the general population only gets less than like a thousand times lower than the safety limit. Yet, still, we seem to be seeing “adverse effects on thyroid function, weight control, blood sugar control, cardiovascular disease, liver function, and immune function”—even at those incredibly low doses. So, “[t]he fact that there are significant adverse effects in populations exposed to BPA at concentrations [thousands of] times lower than the [official tolerable daily limit] indicates that the safe exposure to BPA may be much lower than previously thought in humans.” Yet, the limit hasn’t been changed. It’s been banned from baby bottles and sippy cups, but nearly unlimited doses are still apparently okay for everyone else. What’s the disconnect here?

It has to do with the fascinating world of low-dose effects of hormone-disrupting chemicals.

“For decades, [these chemicals] “have challenged traditional concepts in toxicology”—particularly the old adage that it’s “the dose makes the poison,” the concept “that lower exposures to a hazardous compound will, therefore, always generate lower risks.” That’s “the core assumption underlying [our] system of chemical-safety testing.”

They start dosing lab animals with super high amounts, and then keep lowering the dose until whatever adverse effects disappear; then, add a safety buffer, and assume everything below that dose should be okay, assuming the curve looks like this. You know, the higher the dose, the higher the effect. But, hormone-disrupting chemicals can have all sorts of “curious curves.”

Basically, how could something have more of an effect at a lower dose?

Think about a hormone, and its receptors in the body. At low levels of the hormone, like going from 0 to 1, the receptors can fill up quickly. But, once they’re almost all filled up, going from 4 to 5, adding really high doses may not change things much.

Let’s use an actual BPA example. This was a study to see if BPA suppressed an obesity-protective hormone in fat samples taken from breast reduction and tummy tuck patients. As you can see, at 100 nanomoles of BPA you can see hormone levels are no lower than they are at 0 BPA. And, since most people have levels like between 1 and 20, then BPA must be safe. But, here’s the actual graph. So, no suppression at 0; no suppression at 100. But, right where levels are in people’s bodies, BPA appears to cut hormone release nearly in half.

As the world’s oldest, largest, and most active organization devoted to research on hormones concluded:

“even infinitesimally low levels of exposure—indeed, any level of exposure at all—may cause [problems],”

Nearly three billion dollars’ worth of problems every year, just counting the estimated effects of BPA on childhood obesity and heart disease alone.

Now, there are alternatives that the industry could use; the problem, though, is that they may cost 2¢ more.

Another fabulous article by NutritionFacts.org.