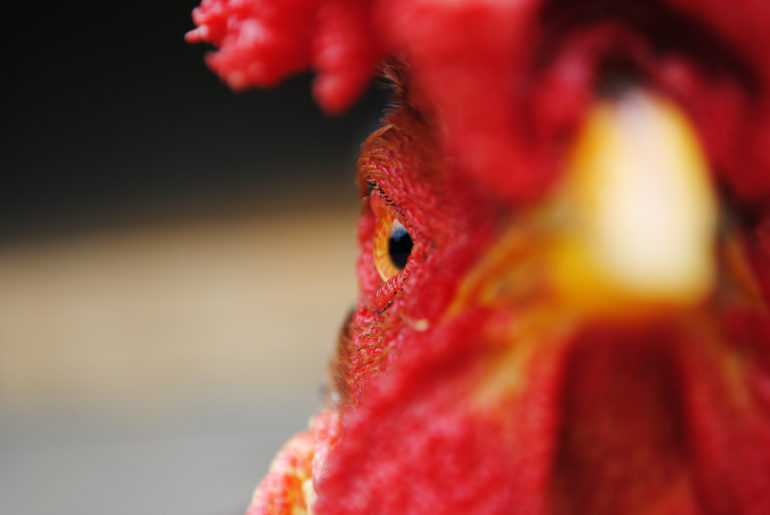 To see the Hahnemannian, of course.

In light of the very serious world events we are being bombarded with of late, I think it’s time to inject a little humour.  Personally, I never considered that chickens could get constipated.  Who knew?

Here are some animal cases as reported in the International Hahnemannian Association (IHA) Transactions of 1892:

“Dr. Buchner, in München, retorted to an unbeliever in homeopathic potencies: “The ox does not believe either, and yet he is cured.” As a counterpart to this historical homeopathic ox, the following cases show the unbelief of the homeopathic hen:

(1) A hen six years old, laying three to four eggs a week, began to lay eggs without the hard shell, and ate them. A dose of Calc carb 9c would not remedy the evil in a week. But after another dose of Calc carb CM, the hen laid a hard-shell egg the second day and has continued ever since.

(2) When the hens get the chicken cholera, about ten pellets of Veratrum alb. 9c are dropped in their drink water (three quarts), and in a few hours they are all right again.

(3) The hen was at one time so constipated that we feared we would lose her with her fruitless exertions. A dose of Nux vomica 9c relieved her within the hour.

(4) Hens with croup have frequently been saved by a dose of Spongia tosta 9c, often in an incredibly short time.

The dose was given this way: The hen was captured, and held by another person, the bill was opened with the left hand, and with the right hand a few pellets were poured from the bottle down the throat.

I hope this post has inspired you to add a little silliness into your day today.  Besides, would a face like that lie to you?