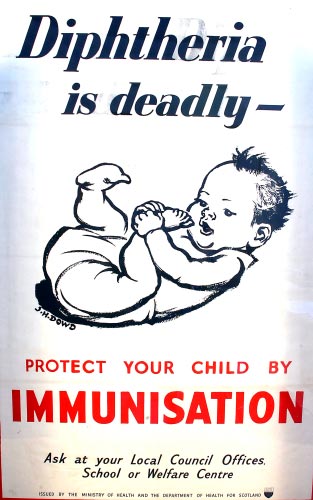 There has been so much deception and misrepresentation concerning vaccines that it is difficult to trust anything the proponents say at this time. There are no randomized controlled trials that have looked at the differences in vaccinated vs unvaccinated children over their lifetimes. The only studies conducted are short-term and one of the problems is that in many studies instead of using a saline placebo, the placebos have contained adjuvants, which are known to cause as many side effects as the virus. For example, aluminum, a commonly used adjuvant, has been shown to be a neurotoxin, and can cause autoimmune disease, inflammation of the brain, and neurological complications. Consequently, studies conducted with placebos containing adjuvants often show no difference in side effects between the placebo group and intervention group, but these results are highly misleading. In spite of the lack of well-designed studies on vaccines, most children receive a lot of them – the current schedule calls for 49 doses of 14 vaccines by age 6. Proponents insist that this is safe.

From time to time opportunities have arisen allowing researchers to compare vaccinated with unvaccinated children, or compare fully vaccinated children with kids whose parents have opted for fewer vaccines or a different vaccine schedule. For example a study comparing 295 children attending Steiner schools in Sweden [known as Waldorf schools in Canada] with 380 children attending regular schools showed that the children attending regular schools had almost twice the incidence of allergy as the Steiner children. Steiner kids [in this study] do not receive the MMR vaccine, and have the tetanus and polio vaccines at later ages.  Another study showed similar results, with Steiner kids having “significantly reduced risks for rhino conjunctivitis, atopic eczema, and atopic sensitization.”

A significant opportunity to look at differences in health outcomes based on age of vaccination and several other factors occurred in Guinea-Bissau. The diphtheria-tetanus-pertussis (DPT) vaccines and oral polio vaccine (OPV) were introduced in Guinea-Bissau in the early 1980s.

The vaccines were first administered in an urban community in 1981. Children starting at age 3 months were given the vaccines in conjunction with weighing sessions every 3 months, which had started in 1978. Children were weighed every third month, and after 3 months of age they received DTP and OPV on weighing days if they were healthy.

A research group recently decided to analyze data from the children in Guinea-Bissau in order to assess risks associated with vaccination. The way in which the vaccines were administered allowed for several points of comparison. First, the researchers had the ability to access data from the time when DPT and OPV were first introduced, before the vaccines were routinely given together. Second, the children were allocated by virtue of their date of birth to receive vaccines early or later between 3 and 5 months of age. The timing of the vaccines provided an unintentional natural experiment, the results of which could be evaluated to determine the risks associated with earlier vs later vaccination.

One group of children was excluded – those who remained outside the area and had no access to vaccines. This allowed the researchers to control for risk factors like increased risk of malaria.

Last but not least, the children did not receive other vaccines, which allowed a rare opportunity to determine the effects of DPT alone.

Data were gathered on factors such as sex, twinning, ethnicity, weight-for-age scores, and nutritional status. There were no significant differences for these factors between the children who were DPT vaccinated at 3-5 months, those who presented for a weighing session but were not vaccinated, and those who did not attend a weighing session.

Analysis showed that in children between 3 and 5 months old, those who received the DPT vaccine had 5 times higher mortality rate than those who were not yet vaccinated with DPT. Mortality was 10 times higher for those children who only received DPT and not OPV. All-cause infant mortality doubled for 3-12-month olds after the vaccines were introduced.

The researchers included some background information in their article, stating that as soon as vaccines were shown to reduce the incidence of disease, the Expanded Program on Immunization (EPI) was introduced. There were no studies conducted to evaluate side effects or child survival before widespread promotion of vaccines began.

The authors cite several studies [a] [b] [c] [d], one dating back to 2003, that concluded that while DPT might be protective against target diseases, it might also increase susceptibility to other infections. In fact, a review in 2014 showed that the majority of studies looking at DPT reported detrimental effects.

The group reports that all studies that have followed children prospectively after DPT have shown a negative effect and that a meta-analysis of 8 studies also showed 2-fold higher mortality rate for DPT-vaccinated children vs children who did not receive DPT. They say that the significantly worse outcome in their recent analysis as compared to others studies was due to the unvaccinated control children in previous studies who were too frail or sick to get vaccinated, whereas the controls in this study were relatively healthy. Other studies have therefore underestimated the negative effect of DPT.

The researchers write that it is unfortunate that DPT is the most commonly used vaccine, and that its penetration rate is used as a benchmark for the success of national vaccination programs. They also write:

“It should be of concern that the effect of routine vaccinations on all-cause mortality was not tested in randomized trials. All currently available evidence suggests that DTP vaccine may kill more children from other causes than it saves from diphtheria, tetanus or pertussis. Though a vaccine protects children against the target disease it may simultaneously increase susceptibility to unrelated infections.”