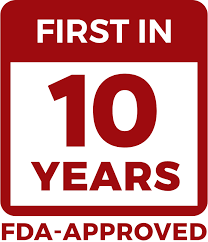 Primary VZV manifests itself as chickenpox. After chickenpox resolves, lifetime immunity develops. But the latent virus remains dormant in the dorsal root ganglia, which can later manifest itself as shingles. About 90% of adults in the U.S. carry VZV and are at risk of shingles. Shingles is more common in people over age 50. The infection rate in the overall population is about 0.3 cases per 1000, while the incidence is 1.0% in people over age 80. The reason is that virus-specific, cell-mediated immune system response declines as people age.

Prior to the introduction of the chickenpox vaccine, having chickenpox provided lifetime immunity for almost all people from a recurrence of the virus. But some studies show that while the incidence of chickenpox has decreased since widespread childhood varicella vaccination was instituted, this resulted in an increase in the incidence of shingles in adulthood, particularly in younger adults. Concerns about the increased risk of shingles later in life due to the vaccine has caused some countries, such as the UK, to opt out of childhood vaccination for chickenpox.

Studies show that prior to the vaccine, 95% of adults developed chickenpox naturally as children, and that the vast majority of those cases were benign.This resulted in lifetime immunity, which has now been compromised due to the universal vaccination of children, which does not provide lifetime immunity. Efficacy rates for the vaccine are estimated to be between 70-90% and the effect is temporary.[a] [b] [c] This has shifted the incidence of VZV infection to older and more vulnerable adults. Older adults have a risk of death 20 times higher than the risk of death from chickenpox for children, and 10-15 times more hospitalizations compared to childhood hospitalizations for chickenpox. This has led several research groups to conclude that routine vaccination for chickenpox has proven to be very costly. Instead of eliminating chickenpox, the vaccine has created illness in older people which is more costly, both financially and in terms of co-morbidity and death, than chickenpox in children.[d] [e]

Shingles involves inflammation of the nerves and causes a painful blistering rash that usually lasts for between 2 and 4 weeks. In addition to the rash, symptoms can include pain and tingling in the skin, fever, headache, and nausea. In some cases, complications can be severe and include post-herpetic neuralgia, or chronic nerve pain; loss of vision, permanent hearing loss, brain inflammation, Bell’s palsy, and in rare cases, death.

Zostavax, made by Merck, was the first shingles vaccine to be marketed in the U.S. It is interesting that Merck also makes the childhood chickenpox vaccine, Varivax, which has been shown to be a major cause of shingles in adults. Adverse reactions to Varivax include exacerbation of asthma symptoms, polymyalgia rheumatica, cardiovascular events including congestive heart failure and pulmonary edema, injection-site reactions, and headache. The drug company’s website states that transmission of the virus to “susceptible contacts” after vaccination may occur. In other words, vaccinated people can become carriers and infect others. Studies show that the vaccine reduces the risk of shingles by only 51%. In patients who have autoimmune diseases, the risk reduction is even lower at 39%.  Enthusiasm for this vaccine somewhat baffling since its efficacy rate is so low and costs approximately $223 and only one case of shingles is avoided for every 175 people who are vaccinated.

Patients who have had shingles are often pressured to get the shingles vaccine.  It is a painful condition, and doctors capitalize on this to sell vaccination – patients do not want to endure such pain ever again. But the efficacy rates for vaccination in the population of people who have already had shingles are even worse than for those who have never had shingles. A study shows that for people over 60 who had shingles and were subsequently vaccinated, the recurrence rate was 19 cases per 10,000. For those who were not vaccinated the incidence was 24 cases per 10,000. In absolute terms the vaccine results in a risk reduction of 0.0005%. Hardly worth any of the risks associated with this vaccination in my opinion, and hardly justification for a vaccine that costs over $200US.

Nonetheless, the CDC recommends the shingles vaccine for everyone 60 years of age and older, including those who have had shingles.

The FDA recently approved a new vaccine, Shingrix, which is made by GlaxoSmithKline. While Zostavax is given in one dose, Shingrix is given in two doses at an even higher cost of $280US. Subsequent to this approval the Centers for Disease Control Advisory Panel on Immunization Practices recommended that even those adults already vaccinated with the older vaccine should get the new one too. However, the committee vote was close (8 to 7) indicating that the vaccine may not be as beneficial as promised.  Some of the caution may be due to the fact that the side effects are more numerous and more serious than with Zostavax. Several committee members cautioned that it might be better to collect safety data for 1-2 years before recommending Shingrix instead of Zostavax, and one doctor noted that an adjuvant used in the vaccine has never been used in vaccines before.  Another concern is that while the efficacy of Shingrix lessens more slowly than Zostavax, both have reduced efficacy over time.

According to the package insert, 82.8% of individuals age 60-69 years of age who received the Shingrix vaccine experienced localized pain after injection, 49% experienced myalgia, and 45.7% experienced fatigue. Serious adverse events were reported for 10.1% of patients who received Shingrix, and those events included fever, optic ischemic neuropathy, and death. Clinical trials excluded people who were immunocompromised, had a history of shingles, and had already been vaccinated for shingles. Yet the CDC recommends the vaccine for all older adults, including those who already have been vaccinated.

The increased risk of shingles is one more reason to re-evaluate the current childhood vaccination schedule. An increasing body of evidence shows that many, if not most, of the vaccines are ineffective or only effective for a short period of time. The risks are significant for many children, and potentially for many adults who do not have immunity from childhood diseases because they were vaccinated as children. Health authorities think that the best way to address this issue is through booster shots and more vaccinations for adults. This just increases both healthcare costs and puts the population further at risk. All consumers should proceed with caution and carefully consider the risks and benefits of all vaccines.

Research has shown that “new” is not always “better.” In the case of drugs and vaccines, clinical trials usually involve “perfect patients” who are followed for short periods of time. It is significantly less likely that these perfect patients will have as many side effects or side effects as serious as those that will be experienced by the general population, sometimes many months after exposure. This makes newer drugs and vaccines even riskier than the older ones.