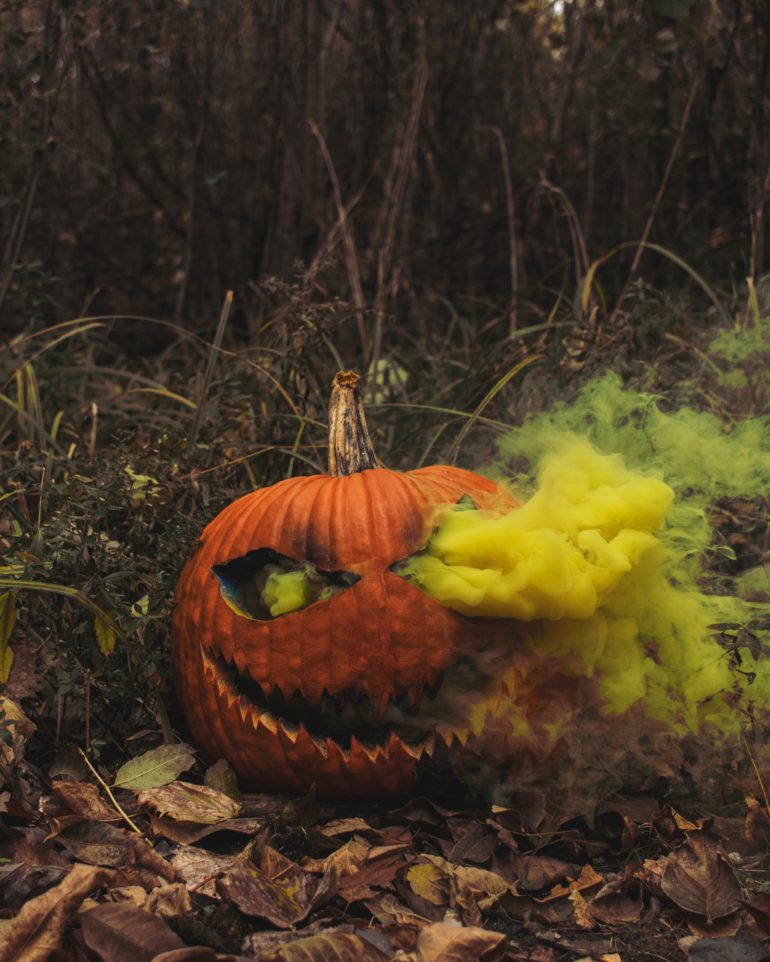 He has been involved as an expert witness in homicide and suicide trials involving psychotropic drugs, and in bringing problems with these drugs to the attention of American and British regulators, as well raising awareness of how pharmaceutical companies sell drugs by marketing diseases and co-opting academic opinion-leaders, ghost-writing their articles.

David is a founder and CEO of Data Based Medicine Limited, which operates through its website RxISK.org, dedicated to making medicines safer through online direct patient reporting of drug side effects.

In other words, he knows his stuff and he’s not afraid to stand up and make noise.

I read his articles on a weekly basis.  This one in particular resonated strongly with me.  The parallels being drawn are apt.

You can find the original article by clicking here.

PS: I took the liberty to make a few minor grammatical and spelling corrections. All added emphasis is mine, and mine alone.

There has been increasing brouhaha about Fake News of late. In the general media, Facebook are apparently going to introduce panels of reviewers to take down posts that contain fake material. In the academic media, doctors are told not to believe what they hear in the media about the adverse effects of drugs – See Fake News and the Great Purple Pill as well as this article passing off concerns about PPIs [Proton Pump Inhibitors] as nothing to see here.

As regards medical and health-related issues, there is more than a vague sense that under cover of efforts that some would see as reasonable to block claims for instance that Hilary and Bill Clinton are really Martians who abuse and cannibalise children, politicians – more often on the Left than the Right – intend to brand and block what they declare to be Fake News about the adverse effects of vaccines or drugs – anything that might scare people away from treatment.

It is absolutely fine for pharmaceutical companies to scare the bejaysus out of people as This Video shows.

But it is not fine for a prescriber like me to remind people that you can only get prescription drugs from someone like me because we have every reason to think once we know more about them they will turn out to be more dangerous than alcohol or tobacco.

Added to this legitimate concern about drugs we know little about, you’d have thought medics like me would be pitching these drugs as risky and needing expertise.  If these drugs aren’t dangerous and work wonderfully well then nurses and pharmacists and others would make cheaper prescribers.  The reason for not going the whole way and having them over the counter is that industry wants a fall-guy in between them and us who can be blamed if anything goes wrong.

Keeping the Herd Together

Then there is the surreality of the recent Golden Globes shenanigans.  What is going on here?

While vaccines have been around since 1800 and the basis for them came into view in the 1860s, and public health focused on sewers and food adulteration had been around since the 1850s and grew in force in the 1890s on the back of germ theories, around 1900 something else took shape. Several inputs from the picture school inspections revealed of the health of children to the work of Josephine Baker on infant mortality created a preventive medicine centered on building up resilience – on engineering individuals rather than the environment.

Baker’s work led to the greatest ever jump in life expectancies.  This led public health departments to embrace what some have since termed pronatalism and others refer to as “gardening”.  It seemed increasingly possible to shape the population – removing the weeds and generally getting the human garden in a shape pleasing to the gardener’s eye.  The new ethos fuelled a push to eugenics in the US and UK and Scandinavia.

It led to a later German effort to purify the Volk that turned in the first place to eliminating the mentally ill and mentally handicapped along with the removal of non-nationals from the national territory and then their later elimination when complete removal proved impractical.

The need to tend the national garden seemed obvious to most people.  German doctors were at the time the most advanced scientifically, and the most philosophically oriented, in the world.  Few of them objected.  Doctors like Hans Asperger, featured here, continued to go to Church while screening children for relatively minor oddities, knowing that in many instances this would lead to their elimination.

Just as the Vatican shows a reluctance to get involved in anything medical now (other than bullying women about abortion), few of the hierarchy in any of the Churches spoke out about “gardening”.

While what happened in Germany and Austria looks horrific in retrospect, and the recorded efforts of some parents to save their children by writing and visiting regularly are heart-wrenching, most of us stayed away and hearing that our child had died wrote letters to the authorities thanking them for doing the necessary in the case of these lives not worth living.

This is what we would do again – we are no different to the Germans. This perhaps is what we are doing now.

The authorities express alarm at the growing number of anti-vaxxers in our midst.  There may be some died in the wool anti-vaxxers, but I’ve yet to meet one.  There may be some libertarians who believe in vaccines but not in compulsion.  But the vast majority of people I have met – it feels like 80% plus – who are engaged on the issues were pro-vaccine and pro-drug and are engaged on these issues because of an injury to their child.

It seems inordinately cruel to brand them and deride them as anti-vaxxers. There is no basis in good science or good religion for doing so.

It is worth repeating the greatest concentration of Fake News on the planet centres on the drugs and vaccines doctors dish out – See HERE.  When it comes to drugs, the articles underpinning medical practice are almost entirely ghostwritten and the data from studies are entirely inaccessible. Doctors are now, and for thirty years, have been the greatest consumers of Fake News. When it comes to exercising discrimination, teenage boys do better in respect of designer clothes or gadgets than doctors do in respect of designer drugs, vaccines and devices.

One of the functions of religion is to keep the herd or the tribe together.  Loyalty is an important “virtue” in this respect.  A tribe or herd can cope with occasional dissent but not with a split.  The vaccine struggles seem religious in this sense – down to talk of herd immunity when herd immunity in fact applies to very few vaccines.  In practice, herd immunity seems to mean we need to inoculate all members of the herd so they believe the same things and are protected against any deviations from the one true faith and give straight arm salutes.

But good religion has also been about equipping us to look steadfastly at realities from our individual insignificance to the plight of others and the need to overcome the effects of evil.  It is about standing up for things that count rather than running with the herd.

Good science equally is not about a blind acceptance of what the authorities say.  It is about recognising that when it comes to spotting a phenomenon or an anomaly that needs explaining, a high school drop-out or page 3 model may do just as well as a Nobel Prize winner, and it may be a better idea to pay heed to motivated high-school dropouts than to most guideline committees whose commitment is to ghostwritten pap.

So what should the scientific response be to a 15 month old child who is developing fine until vaccinated and after that shows a regression?

It is not scientific to respond by saying we have no studies that show an increased rate of regression, autism, call it what you will, after MMR, and therefore the vaccine hasn’t caused the problem.  The studies we have are all seriously flawed but even if they weren’t this would not be a scientific response.  The point is that science aims at explaining what is in front of us.

It may be that lots of 15 month old children regress but this doesn’t just happen for no reason.  In each case there will be a reason.  Listening to all sides of the story, from parents and other family members, to the doctors or other healthcare personnel, and any other interested parties, there is a need to make a judgement call in each case as to what has happened and what may have caused it to happen.

If there is a mismatch between the view that emerges as to what has happened to this child and the apparent result of studies, while many will find it more convenient to ignore the child and her parents, even if current studies were done by angels and were not contaminated by Fake Evidence, the scientific thing is to wonder how come the studies are not reflecting what has happened in the case of this child.

The case of people becoming suicidal on antidepressants brings home the point.  When the case is convincing, the scientific question is not how has this patient fooled us or what bias does her doctor have, but rather why do the studies that claim to show no problem not show a problem.  In the case of the antidepressants, it turned out that the reason the studies show no problem is that companies went out of their way to hide the problem using a variety of illegal and unethical and unscientific maneuvers.

But even if these had been studies done by angels, there would still be the same need to work out how the studies were failing to find things they should find.

If it isn’t the case that we start by attempting to explain the individual case, the justice system could no longer function.

But the logic of the justice system is not the logic of drug and vaccine regulators who, as Ian Hudson the current CEO of MHRA put it, faced with compelling cases that, having looked at all angles and heard testimonies from all points of view, you or I or a jury would figure had a drug induced problem, argue there is no issue if controlled trials haven’t shown the drug causes the problem.

This is logically incoherent.  If we haven’t some reason from individual cases to think the drug can produce a benefit, we wouldn’t have done any trials at all and there would be nothing on the market.

Since 1990 or thereabouts, modern medicine where it involves drugs or vaccines or devices has been increasingly incompatible with natural justice and with science.  Its difficult to know what to say about religion.

What do we need?

Perhaps a Facebook review process banning adverts and related material in the public domain as for example on HPV vaccines instanced above and on PPIs as shown on the Great Purple Pill.

Media – especially the “liberal” media who are the greatest purveyors of Fake News – need to look carefully at how they have been hoodwinked by the False Balance strategies they have adopted and need to scrutinize the role of bodies like the Science Media Centre.

Medical journal editors need to Woman Up.  The greatest failure in this area has come from Cochrane which appears beyond reform.

Meanwhile, whether we think its science or religion or whatever, the greatest concentration of Fake News on the planet centers on any drug, vaccine or device our doctor proposes giving us. We need to look her in the eye and ask him what s/he figures on doing about this.