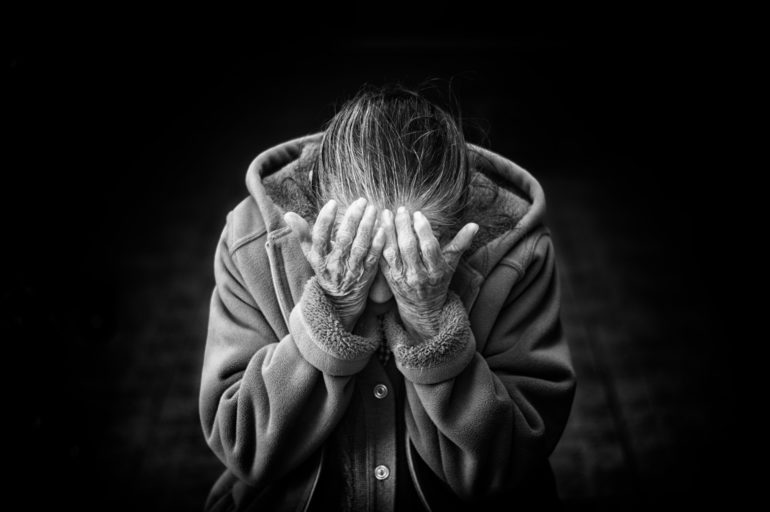 I’m a HUGE fan of Dr. Gregor’s work (www.nutritionfacts.org).  He’s a MD who specializes in Lifestyle Medicine – he treats patients primarily through nutrition and lifestyle modifications and uses pharmaceuticals very sparingly.  He’s also really entertaining.  Check him out on YouTube.

Anyways, I’ve decided (with his permission) to piggy-back off of his website and provide YOU with transcripts of some of the most important nutritional information “out there”.  Why?  It’s 1) brilliant, 2) simple, 3) effective, and 4) free.  What more can you ask for?

ALZHEIMER’S AND ATHEROSCLEROSIS OF THE BRAIN

In 1901, Auguste was taken to an insane asylum in Frankfurt Germany by her husband. She was described as a delusional, forgetful, disoriented woman who “could not carry out her homemaking duties.”  She was seen by a Dr. Alzheimer, and was to become the case that made his a household name.

On autopsy, he described the plaques and tangles in her brain that would go on to characterize the disease, but lost in the excitement of discovering a new entity, a clue may have been overlooked. He described arteriosclerotic changes—hardening of the arteries—within her brain.

We typically think of atherosclerosis in the heart, but atherosclerosis involves virtually the entire human organism. Our entire vascular tree. And, one of the most poignant examples of this systemic nature is the link between coronary artery disease, degenerative brain disease, and dementia.

Back in the 70’s, the concept of cardiogenic dementia was proposed – dementia generated from the cardiovascular system. Since the ageing brain is highly sensitive to lack of oxygen and since heart problems are so common, it was easy to imagine that’s how dementia could result.

And now we have a substantial body of evidence that strongly associates atherosclerotic vascular disease with the #1 cause of dementia, Alzheimer’s disease. Autopsy studies, for example, have shown that individuals with AD have significantly more atherosclerotic narrowing of the arteries within their brain.

This is what our cerebral arteries should look like, open clean, allowing blood to flow. This is what atherosclerosis in our brain arteries looks like. Clogged with fat and cholesterol, closing off the arteries, restricting blood flow to our brain. What kind of brain arteries do you want in your head?

Normal resting cerebral blood flow, the amount of blood flow circulating within our brains is about a quart a minute, but we lose about half a percent a year, so by age 65 we may be down 15 to 20%. But this doesn’t necessarily affect brain function as we have a built-in buffer. However, this age-related decline in cerebral blood flow can become critical to brain cell survival if an additional burden further lowers flow.

This reduction of blood flow can starve the brain of oxygen, cause silent little mini-strokes, brain atrophy, the cumulative effects of which appear to play a pivotal role in accelerating and augmenting the development and evolution of Alzheimer’s disease.

If you look at the amount of atherosclerosis in the arteries that specifically supply blood to critical learning memory and learning centres of the brain. This is the amount of severe atherosclerosis one sees in healthy non-demented controls compared to those with Alzheimer’s Disease. In light of such findings, some have even suggested the disease be reclassified as vascular disorder.

This is good news, though, because atherosclerosis is potentially reversible. These findings were confirmed in two larger studies—over a thousand autopsies each, which found the same thing. Atherosclerosis in the brain is significantly more frequent and severe in those with Alzheimer’s disease.

This suggests that strategies proven to delay the progression of artery disease, like plant-based diets, may be useful for preventing or treating Alzheimer’s disease.

Of course autopsy studies are a little late for that; so, to assess the impact of intracranial arterial narrowing on the progression from mild cognitive impairment to Alzheimer’s disease, researchers followed 400 folks with cognitive impairment for four years using CT angiography, special CAT scans to evaluate the amount of brain artery blockage. The cognition of those with the least atherosclerosis in their heads remained pretty stable over the years. But those with more cholesterol buildup got worse, and those with the most blockage, rapidly declined. And, the same with the ability to carry on the activities of daily living. And, it doubled the progression to Alzheimer’s disease. An inefficient blood supply to the brain has very grave consequences on brain function.

But does treatment of vascular risk factors, like high blood pressure and high cholesterol, actually make a difference? We didn’t know, until now. 300 patients with Alzheimer’s, and those with all their vascular risk factors treated showed significantly less decline, slower progression of their disease, than those who went untreated.