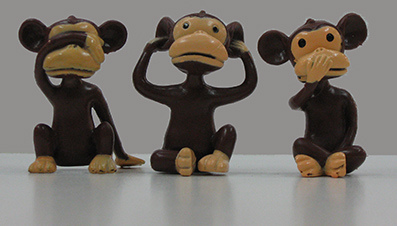 My favourite activity in the world is sleeping. How can you tell I’m a working mother? It’s that feeling when you’re happily in la-la land, dreaming about wonderful things… and then the alarm rings.

Back to the real world.

The thing about alarms is that they are just that – alarms. They often serve as a wake-up call (literally and metaphorically).

There have been a lot of wake-up calls lately. Northern Alberta is burning. The town that Big Oil built is destroyed. 80’000 people have been displaced. Fracking has taken our precious fresh water and rendered it useless for fighting fires. Or quenching one’s thirst.

Corporate America is alive and well. And it doesn’t care when it destroys our planet. Our homes. Our lives. It’s not personal – it’s just business.

The British Medical Journal (referred to as the BMJ) released a paper on May 3rd. It’s now official! Medical error in hospitals (aka iatrogenesis) is the third leading cause of death in the US. They estimate that 251’000 people in the US die as a result of errors from conventional treatment in hospital settings: “We have estimated that medical error is the third biggest cause of death in the US and therefore requires greater attention.” [What an understatement]

Forgive me:  I’m not very good at math, but these numbers are only part of the story.  Read on, and you’ll see what I mean. [Hint:  the BMJ study used hospital/in-patient death rates only.]

A 1997 study found that there were close to 199,000 reported deaths related to the side effects of well-prescribed drugs in non-hospitalized patients, which would have then constituted by itself the third leading cause of deaths in the United States.

In 1999, a team from Boston and Stanford Universities estimated conservatively that 16,500 patients with rheumatoid arthritis or osteoarthritis were dying every year in the United States just from the use of nonsteroidal anti-inflammatory drugs (NSAID).  If these deaths from gastrointestinal toxic effects caused by NSAID were tabulated separately in the National Vital Statistics Reports, it would constitute the 15th most common cause of death in the United States. Yet these toxic effects remain largely a “silent epidemic,” with many physicians prescribing and most patients using these drugs totally unaware of the magnitude of the problem.

In 2007, the IOM (Institute of Medicine) reported that 400,000 preventable drug-related injuries were occurring every year in American hospitals. Another 800,000 were occurring in long-term care settings, and roughly 530,000 were occurring just among Medicare patients in outpatient clinics. The committee noted that these statistics were likely underestimates compared to other studies that “involve direct contact with patients, which yields much higher rates.” It is important to note that the expression “preventable drug-related injuries” in this report typically excluded the side effects of “properly” prescribed medications, for which no numbers were given.

In 2009, hospital mortality associated with complications from inpatient surgery was measured from a pool of 84,730 patients who had undergone in-patient general and vascular surgery from 2005 through 2007, using data from the American College of Surgeons National Surgical Quality Improvement Program. It was found that the death rate from major complications following surgery was about 17%.

At the very least, iatrogenesis is the third leading cause of death in the United States even if one counts only the 180,000 deaths due to iatrogenesis in hospitalized patients that were estimated by the Harvard Medical Practice Study, and the estimated 199,000 deaths due to the side effects of well-prescribed drugs in non-hospitalized patients ( from 1997! ) for a total of 379,000 deaths.

BUT, if you add the most recent statistics of  251’000 patient deaths from the May 2016 BMJ study and the estimated 199’000 deaths from side effects from well-prescribed drugs in non-hospitalized patients (from 1997! ), the total is 450’000 deaths per year in the US.  Please note: I didn’t include the 16’500 deaths from NSAIDs, the 800’00 deaths from long-term settings, the 530’000 deaths from outpatient clinics previously mentioned (because they’re already added up in the previous numbers).

It actually gets worse!

It is important to note that mortality reports due to iatrogenesis do not include deaths related to Over The Counter medications, suicides induced by medications, and accident-related deaths, since no numbers seem to be available. Those numbers cannot be negligible, as overdoses of OTC drugs comprise about 40% of all medication overdoses.

Incidentally, iatrogenesis is never shown as a cause of mortality in the US in the annual report of the Centers for Disease Control (CDC).  The CDC has been asked several times why that is, but it has never given an answer.  If you can find iatrogenesis on the Statistics Canada website, please let me know.  I can’t seem to find it.  But then again, I really need new glasses.

There is light at the end of the tunnel.

For more than 200 years genuine homeopathy has been practiced with a complete absence of iatrogenesis.

We should all be outraged at the injustice that has been perpetrated against humanity for the last 200 years by misinforming the public about genuine homeopathy. The discussion about genuine homeopathy has been dominated by a medical autocracy characterized by prejudice, bigotry, ignorance, and intolerance, not to mention deception, intrigue, and intimidation, all of which have gone hand in hand with an unreflecting credulity on the part of the scientific world, the media, and the public at large.

Citizens should be outraged at the incompetence of the authorities who have failed to provide us with the safest and most effective medical care. We should therefore be very careful in choosing a doctor and a type of medical care, which should be measured by its safety and effectiveness.

What has been your most powerful wake-up call? When you heard the alarm ring, what did you do about it?  Roll over and fall back asleep?  Or did you take up the challenge?

If you’re interested in reading more about this topic with regards to Genuine Homeopathy, here is a fantastic resource.  It’s only 357 pages long with 679 footnotes.  This blog post is a small (and insignificant) excerpt of the larger paper.  Happy reading!