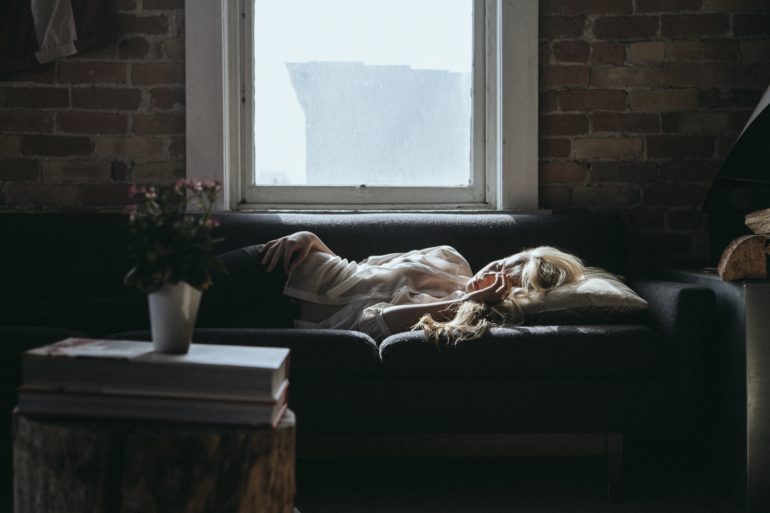 We have known about the role of estrogen in breast cancer going back to the 1800s, when in some cases, surgical removal of the ovaries seemed to help. Ovaries were said to send out mysterious influences to the rest of the body, which, in 1923, was identified as estrogen.

The medical profession jumped on this discovery, and started injecting menopausal women by the thousands –  “shots that gave a respectable hook on which to hang visits to the doctor.” Soon, there were pills, and patches, and medical journals – like the Journal of the American Medical Association – regaled doctors with ads on how they can “help women to happiness” by prescribing estrogen.

As far back as the 40s, concerns were raised that this practice might cause breast cancer, noting it would have been nice to figure this out first, before we started dosing women en masse. But breast cancer risk didn’t matter, because 1) heart disease is the #1 killer of women and 2) because women taking hormones appeared to have lower heart attack rates that would outweigh the extra breast cancer.

But, women taking estrogen tended to be of higher socioeconomic class, tended to exercise more, and engage in other healthy lifestyle changes, like increased fibre intake and getting their cholesterol checked. So, maybe that was why women taking estrogens appeared to be protected from heart disease. Maybe it had nothing to do with the drugs themselves: “Despite the medical profession’s enthusiasm for the stuff, only a randomized clinical trial could really resolve this question.”  Split women into two groups; half get the hormones; half get a placebo, and you follow them out for a few years. But, there was no such study, until the 1990s, when the Women’s Health Initiative Study was designed.

Wait a second. Why did it take the bulk of a century to decide to definitively study the safety of something they prescribed to millions of women? Maybe it’s because there had never been a female director of the National Institutes of Health until then. Just three weeks after being named NIH Director, she went before Congress to announce, “We need a moonwalk for women.”  That “moonwalk” took the form of the Women’s Health Initiative Study.

The bombshell landed in the Summer of 2002. There was so much more invasive breast cancer in the hormone users that they were forced to stop the study prematurely. Yeah, but what about heart disease? Wasn’t that supposed to balance things out? The women didn’t just have more breast cancer; they had more heart attacks, more strokes, more blood clots to their lungs.

The news that women treated with hormone replacement therapy experienced higher rates of breast cancer, cardiovascular disease, and overall harm rocked women and physicians across the country. Estrogen started out as the most prescribed drug in America before the study, but the number of prescriptions dropped immediately, and, within ONE year, so did the incidence of breast cancer in the United States.

But the most important part of this story was why were we all so surprised? There had been decade after decade of repeated warnings about the risks of cancer. In fact, the reason breast cancer patients had so much trouble suing the drug company was that the drugs contained warning labels for decades.  And, having disclosed it,  “any reasonable physician would have surely included it in their risk and benefit discussion with their patients.”  It’s like the warning labels on packs of cigarettes. If you get lung cancer, now, you should have known better. And so, if you got breast cancer, don’t blame the drug company. They warned you about the risks, right there, clear as day.

Even after the study came out, millions of prescriptions continued to be dispensed. “That’s a lot of cancer in our patients we caused [25%!]”, wrote one doctor. “How long will it take [doctors] to stop listening to the drug companies, and “admit that we are harming many of our patients, and…start changing our prescription habits?”

Why did this practice continue in the face of mounting evidence of harm?

Well, it is a multibillion dollar industry. Despite an overwhelming amount of evidence to the contrary, many physicians still believe that estrogenic hormones have overall health benefits, a non-evidence-based perception that may be the result of decades of carefully orchestrated corporate influence on the medical literature. Dozens of ghostwritten reviews were published in medical journals to promote unproven benefits, and downplay the harms of menopausal hormone therapy. They’d pay PR companies to write the articles, and then pass them off as written by some expert.

So, “gynecologists must switch allegiance from eminence-based to evidence-based medicine” – consider what the science actually says, and not just what some so-called expert says. “One might say the current culture of gynecology encourages the dissemination of health advice based on advertising, rather than science.”

“Women were placed in the way of harm by their physicians, who acted as unsuspecting patsies for the pharmaceutical companies.”

If [doctors] really wanted to prevent heart attacks in women, simple lifestyle behaviours can eliminate more than 90% of heart attack risk. So… instead of being BigPharma’s pawns, recommending a healthful diet, increased exercise, and smoking cessation would truly benefit women’s health.

Another fabulous article by NutritionFacts.org