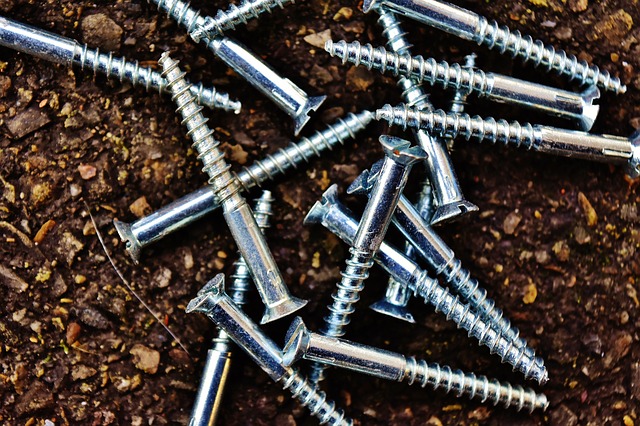 Torticollis is one of those diseases with a stealth picture. One day you’re leading a normal, uneventful life. The next day you wake up with a stiff neck. You don’t think much about it and you go about your usual business. But your neck doesn’t get better. So, you book an appointment with your GP. You’re told it’s likely a neck spasm and you get a prescription for physio.

Physio lasts for a few months (or until your health coverage runs out). The pain is getting worse all the time, and now you’re avoiding going out in public except when you absolutely have to. You’re convinced that everyone is staring at your gimpy neck and is making comments about how weird you look. Hell, you probably lost that promotion at work that you worked so hard to get because you look like such a freak!

You go back to the GP who refers you to a Neurologist. After waiting 5 months for an appointment,  the neurologist diagnoses you with Spasmodic Torticollis. Happy, happy day! You’re not crazy after all! You have a “real” problem! The bad news: there’s no cure. But the neurologist assures you that getting Botox treatment will help with both the pain and the disfigurement.  He uses it all the time on his patients and they all love it.  And don’t worry! There are a few possible side effects, but nothing too serious (and they probably won’t happen to you).

Great! Let’s start!  I can get my life back again!

But, where’s the catch? Because there’s ALWAYS a catch….

In October 2015, the Cochrane Collaboration performed a literature search for studies that compared Botox with placebo in people with torticollis.

So far, so good. The Cochrane Collarboration is respected, impartial, and international. They receive no funding from BigPharma, and the date of the study is very recent.

They found four studies comparing one single Botox treatment session with placebo, for a total of 441 participants.

They found there was only moderate-quality evidence that a single Botox treatment session is efficacious when compared to placebo, improving cervical dystonia symptoms by 10% and 20%.

10% – 20% improvement isn’t very high. And only moderate quality evidence. And only a single injection.  And there’s no mention of safety.

There are very few published Randomized Control Trials which investigate the long-term effects of Botox treatment. And by long-term effects, we’re talking 22 months. Or a total of 6 injections.  Let’s face it, that’s not long-term.

There is also little meaningful information about the prolonged use of Botox in other conditions it is used for, including: blepharospasm (involuntary closure of the eyelids),  strabismus (crossed eyes), and low back pain/sciatica.

Why does it matter? You just want relief!  Because the chances of you needing only one (or 2, or 6) injection of Botox over the course of your life is practically nil. And no one knows seems to be putting in the least bit of effort to find out if it’s safe.  Just because Botox treatment is effective short term doesn’t mean it’s safe long term.

[There are studies that mention safety, but they tend to be very short and have no follow-up.]

So what does that leave you with? Surgery? No thanks.

How about Valium (the fourth most-prescribed benzodiazepine in the US and one of the most addictive substances on the market)?  Geez Louise!

What do completmentay therapies have to offer? I can’t tell you what an acupuncturist would tell you, but I can tell you that Pure Homopathy has meaningful treament for patients with torticollis for over 100 years.

I found 3 very short cases in the Homeopathic literature which demonstrate how effective our form of treatment has proven to be.  I chose these 3 on purpose because 1) they are short, 2) readable, 3) have a happy ending (and who doesn’t love that?) and 4) were published long before modern medicine decided this disease was unconditionally incurable, painful, and crippling.

1)  Master R., 12, came to my office suffering with the following symptoms: for several weeks had severe sore throat (nature unknown), after recovering from it went to hoeing corn in the sun, which was quickly followed by a severe torticollis; the muscles of the right side of the neck were contracted with a board-like hardness, turning the head necessitated turning the entire body, head drawn to the right, complained of a continual underlying pain in the hardened muscles; for which condition he received [Remedy] obtaining complete relief in 3 days with no recurrence to date. Boger 1894

2)  Wry neck in a young lady, 25. Stiffness and constant aching in nape of neck and muscles of left side which seemed twisted and stood out in lumps and forced the head to turn towards the right. The right side was not affected. Pains were better by warmth, and keeping the neck wrapped up. Throbbing pain that seemed to extend to the ears on least motion of the head. [Remedy] one dose relieved in a few hours. The patient has had two attacks of the same trouble since then, which were cured each time… Farrington 1900.

3)  V. E. H. female, 11, throat completely filled with diphtheritic membrane, nose obstructed and having an acrid discharge. Hemorrhages from nose and throat. The case had been neglected to this sad state of things under the delusion that the girl had the mumps, and would get well by herself. The parents had not looked at her throat and only became alarmed at the offensive odor. One symptom, which I have not yet recorded, decided my prescription, and that was the very marked torticollis. Her head was not only drawn out of position, but the deformity was so severe that it could not be overlooked. I gave her [Remedy X], and that was all she needed. In a few hours her head was much straighter, and her throat was markedly better the next day. I discharged her well in three days. WJ Guernsey 1887.

P.S. I didn’t choose any chronic cases because they’re too long and too technical for a blog post.

Disclaimer (for the nay-sayers):  There is no way to know with certainty that the cases you just read wouldn’t have healed spontaneously on their own.  Life is like that.

BTW:  Our literature is filled with cured cases of chronic torticollis.  If Hahnemannians could successfully treat this disease over 100 years ago, why can’t Neurologists with the mind-blowing diagnostic tools they have available to them, along with millions of dollars at their disposal?

Does this resonate with you?  If it did, I’d love to hear from you. Feel free to send me a quick e-mail.