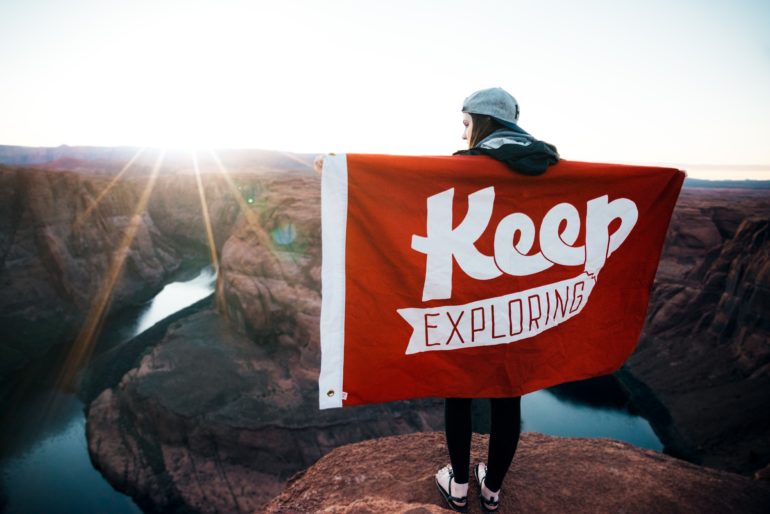 You are reading this letter for one of two reasons. Either you have already done some research and have developed some doubts and concerns about vaccination, or someone who cares about you and your family has given you this letter hoping to convince you to at least consider taking a look at some objective information about vaccines before starting or continuing to vaccinate your child.

My company, Wellness Forum Health, assists people in evaluating the risks and benefits of tests, drugs, procedures, diets, supplements, and any and all services offered by healthcare professionals so that they can make informed decisions about care. One of the major shortcomings of today’s medical system is that discussions about medical services usually involve only benefits, which are typically exaggerated. Risks are seldom discussed, and often minimized even when they are significant. Consequently, one of the most common statements I hear in my office is “If I had known then what I know now, I never would have…agreed to the test, taken the drug, had this surgery, or delivered my child to the pediatrician for a vaccination.” We think that people should know as much as possible before proceeding with medical care rather than researching how to solve problems resulting from medical care after things go wrong. Essentially, we are advising people to use the same scrutiny when purchasing medical services that most people use when purchasing houses and cars, and hiring financial planners.

To be clear, I have nothing to gain regardless of what you decide to do.

I do not have prescribing authority, I do not offer alternatives to traditional vaccinations, and this letter is not concerning my child, it concerns yours. In other words, the decision you make has no impact on me, so there is no incentive for me to take one stand or another, or to talk you into or out of any particular course of action.

The decision to vaccinate, or not; or to change the number, order, or way in which vaccines will be administered to your child is an important one. You should know that if you decide not to vaccinate, you will face considerable obstacles. Some pediatricians will refuse to take your child as a patient, schools may give you a hard time with enrollment; family members may disagree with your decision and become quite unpleasant in their opposition; and there are risks associated with not vaccinating, just as there are risks associated with getting vaccines.

In my experience, people who do not take the time to investigate and make a well thought-out decision have the most difficulty with the vaccine issue. On the one hand, parents who choose to vaccinate often remain uncomfortable because it is almost impossible to ignore the fact that side effects are almost assured with any drug or procedure. Vaccination involves administering dozens of doses of virus and adjuvant chemicals to your child. Parents worry about the potential for children to be harmed while riding their bikes, so it is natural to have some concern about vaccinations, even while consenting to the schedule.

On the other hand, parents who choose not to vaccinate without investigating fully feel uncomfortable because they are questioned so often about their choices. Without a solid basis for the decision to not vaccinate or to modify the schedule, they can develop concerns that they may have placed their child at risk. In both cases, parents often second-guess themselves regularly.

The better course of action, in my opinion, is to make an informed choice. Parents should not have their children vaccinated just because pediatricians and health professionals tell them to; and should not choose not to vaccinate after just seeing a documentary or reading an articles. The issue is too complex and the ramifications of the decision you make are too important.

So my advice is to look at both sides of the issue thoroughly before deciding. There is no harm in getting more information about any issue, including this one. If you look at all of the information and decide to vaccinate, the decision is yours, and should be respected by your friends and family. If, on the other hand, you decide not to vaccinate, to change the schedule, or reduce the number of vaccinations, remember that it is your right to make decisions about your child.

It is impossible to include in this letter all of the information you will need in order to make an informed choice. Since most doctors, professional associations, government agencies, and even the media, aggressively promote vaccines and their benefits, I’ll provide a few facts here that may encourage you to look into the other side of the story.

Advocates for vaccines say that the risk of injury is small.

To an extent they are correct. Most children who are vaccinated do not develop serious health issues in response to vaccines. However, many do.

In 1982, four large drug companies, Merck, Wyeth, Lederle, and Connaught, threatened to stop marketing vaccines in the U.S. unless they were given protection against damage claims due to injuries from the vaccines they made. They had reason to be concerned about this. An article in the British Medical Journal reported that in analyzing 1000 cases referred to the National Childhood Encephalopathy Study, “A significant association was shown between serious neurological illness and pertussis vaccine…”  And an Institute of Medicine committee concluded that there was a causal relationship between the DPT vaccine and acute encephalopathy.

In order to satisfy the vaccine makers, Congress passed the National Childhood Vaccine Injury Act of 1986, which effectively eliminated all liability of drug companies for injuries or deaths resulting from vaccines. Instead of filing claims against the manufacturers, the law created the National Vaccine Injury Compensation Program to pay for injuries and deaths, and included procedures for filing claims with the United States Court of Federal Claims. Awards are financed by a tax on every vaccine sold in the U.S. In spite of the fact that most people do not know about this program and the statute of limitations is shorter than for almost any other legal proceeding, close to $3.2 billion has been paid out to families of injured children and adults. This is a lot of money for a problem that many advocates say is virtually non-existent.

[Elisabeth speaking: In Canada, there is no national vaccine injury compensation program. The omission of such a program stands as a gap in Canadian immunization policy in comparison to many other equivalently developed countries.]

Not always. For example, 49 states have reported outbreaks of whooping cough. Today almost all infectious disease outbreaks are blamed on the very small percentage of parents who choose not to vaccinate their children. I have never understood this argument, since an effective vaccine should protect vaccinated children against pertussis or any other disease to which they might be exposed and for which they have received a vaccine. Research shows that the actual cause of outbreaks is not unvaccinated kids, but rather the fact that vaccines do not confer long-term immunity.

A study published in Pediatrics looked at the efficacy of the pertussis vaccine, which is administered in the Tdap (diptheria, tetanus, pertussis). Researchers looked at reported cases of pertussis in 7 counties in Washington State between January 1 and June 30, 2012 and compared them with vaccination histories. The conclusion was that the estimated vaccine efficacy for pertussis is 73% within one year of vaccination; 55% at 12-23 months; and only 34% at 24-47 months.  The researchers stated that “Lack of long-term protection after vaccination is likely contributing to increases in pertussis among adolescents.”  In other words, the problem is not unvaccinated kids; the problem is ineffective vaccines.

The pertussis vaccine is not the only one with limited efficacy. According to the Centers for Disease Control, 1521 students attending Jewish schools in New York and New Jersey developed mumps in 2009.  Additionally, 65 reports of complications of mumps, including pancreatitis, meningitis, transient deafness and Bell’s Palsy were reported in the students who had mumps. Nineteen children were hospitalized. The outbreak was in older children, who are more likely to have complications. The CDC reported that 86% of the affected population had received at least one dose of vaccine, and 75% had received two doses of the vaccine. In response, the CDC stated “… mumps vaccination alone was not sufficient to prevent this outbreak…”

In other words, immunity, the primary benefit of vaccines, is not assured. In the absence of such benefit, the risks may not seem justifiable for many parents.

Many vaccine advocates have undisclosed conflicts of interest.

The American Academy of Pediatrics aggressively promotes vaccines, and also takes contributions from vaccine makers.  AAP websites on which vaccination is encouraged, with strong language disparaging parents who choose not to vaccinate, do not include disclosure of financial relationships with drug companies that make vaccines.

The AAP has taken $342,000 from Wyeth, the maker of the pneumococcal vaccine; $433,000 from Merck during the same year that the academy endorsed the HPV vaccine; and several hundred thousand dollars from Sanofi Aventis, the maker of 17 vaccines currently on the schedule. There are many good pediatricians who care about children’s welfare. But pediatricians, like all medical specialties, rely on clinical practice guidelines developed by their association in making recommendations to patients. And research has shown that financial ties to industry influence these guidelines.

Every Child By Two, a non-profit group that promotes vaccination of all children is sponsored by vaccine makers, although the group has repeatedly refused to disclose the size of the donations received.

One of the most outspoken and most frequently quoted advocates is Dr. Paul Offit, who has stated publicly that vaccines are so safe that babies can tolerate up to 10,000 vaccines in a single dose. Offit is the chief of Infectious Disease at Children’s Hospital of Philadelphia and a professor of pediatrics at Penn State’s medical school. Both positions are funded by Merck, through $1.5 million in grants. Offit developed an anti-diarrhea vaccine with Merck, and royalties were sold for $182 million in cash. It is hard to imagine how Offit could possibly remain objective about vaccines, because his entire livelihood, not to mention his wealth, is tied to the vaccine industry.

The medical profession has been wrong about many things. For example:

These are just a few examples – there are hundreds more. What if there are incorrect assumptions and flaws in the current thinking about vaccines?

As I mentioned earlier, a document of this type cannot possibly include enough information to facilitate good decision making. My goal here is only to show that it may be worthwhile to look into this issue further. It is much easier to prevent disasters than to fix them, and in the case of vaccine injury, some injuries cannot be completely resolved, even with large damage awards from the government. Just check out the other side of the story. It is always better to be safe than sorry.

Source: A Letter To Parents About Childhood Vaccinations