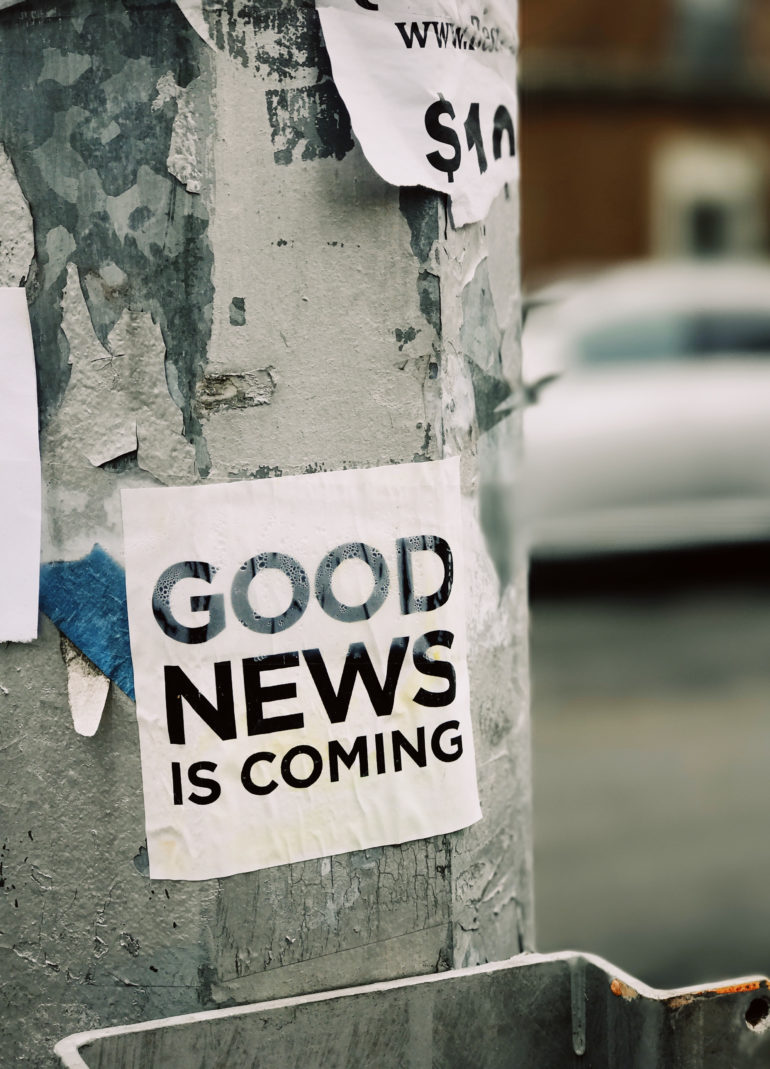 Coconut oil is represented as having almost magical properties. Some people claim that coconut oil is a cure for Alzheimer’s disease, hypothyroidism, cancer, and almost any and all health conditions. But are these claims true?

The nutrient breakdown alone says that coconut oil is most likely not a health-promoting food. One tablespoon of coconut oil has 116 calories and 14 grams of fat, 12 grams of which are saturated fat. To put this in perspective, lard has only 5 grams of saturated fat per tablespoon. But many advocates of coconut oil say that the high saturated fat content does not matter, and increases in plasma cholesterol resulting from coconut oil intake do not matter either. They cite populations such as the residents of Kitava and the Minangkabau of Indonesia who eat a diet high in coconut oil, and yet maintain excellent health.

Let’s start with the approximately 2500 residents of Kitava, many of whom are farmers. The Kitava diet is concentrated in tubers (yams, sweet potatoes, and taro), fruit, fish and coconut. They do not eat dairy products, processed foods, or drink alcohol, coffee or tea. The macronutrient makeup of the diet is 69% carbohydrate, 21% fat, and 10% protein.

Not surprisingly, based on this diet, the Kitava have lower body mass index, lower blood pressure, lower cholesterol, and lower LDL cholesterol than people living in Westernized countries. Also not surprisingly there is almost no heart disease in this population. Researchers state that the dietary habits of the Kitava, along with lower serum cholesterol levels, are responsible for their excellent health status. In other words, the Kitava eat a high-carbohydrate, relatively low-fat, and low protein, plant-based diet. Coconut, coconut oil, and fish are minor parts of the diet, as is evidenced by the macronutrient composition, which is high in carbohydrate and low in fat and protein. This is hardly an endorsement for eating a diet high in fat or cholesterol, or for the statement that “plasma cholesterol does not matter.” The Kitava eat a low fat diet, have low plasma cholesterol levels, and their diet and health status supports what we teach, not the claims of the proponents of high-fat diets and coconut oil.

The diet of the Minangkabau of Indonesia also includes coconut and coconut oil but is slightly different. The Minangkabau diet is concentrated in vegetables, rice, fruit, fish and coconut, and coconut is the primary source of fat in the diet. Beef and chicken are consumed on special occasions, pork is not eaten, and lamb, goat, and wild game are rarely eaten. But the diet is much higher in fat (30.2%), and a significantly higher percentage of that fat is saturated fat. The Minangkabau have the highest rate of hypertension in Indonesia at 23.6% incidence, and also the highest proportion of overweight people at 36%.  Apparently the high-fat eating and coconut oil intake are not working out so well for the Minangkabau. The bottom line is that the diets and health status of populations like these, which are frequently mentioned on websites promoting coconut oil, do not support the idea that people should include coconut oil in their diets, eat a high-fat diet, or be unconcerned about plasma cholesterol.

Proponents say that coconut oil’s main saturated fat, lauric acid, has been shown in some studies to increase HDL levels. This is true. But increasing HDL levels has not been shown to be make a positive difference in long-term health outcomes; in fact studies have shown that drugs and supplements that increase HDL cholesterol do not improve health outcomes, and in some cases, worsen them.[a] [b]

The effect of lauric acid on LDL cholesterol depends on which fat it replaces in the diet. If it replaces vegetable and polyunsaturated fats, it increases LDL; if it replaces butter, its effect is usually neutral.

Many promoters claim that coconut oil promotes weight loss, based on an unsubstantiated claim that the medium-chain triglycerides in coconut oil are metabolized differently than other fats.  This claim is largely hypothetical and based on animal studies. The few studies that have involved humans consuming coconut oil and weight loss have shown inconsistent results.

Mary Newport is a medical doctor who claims to have cured her husband of Alzheimer’s Disease with coconut oil. Her book Alzheimer’s Disease: What if There Was a Cure?  makes claims not only about the benefits of coconut oil for Alzheimer’s disease, but other neurological disorders too. The “evidence” presented in the book is principally storytelling (including her own story), hypothetical research, and animal studies. She is frequently seen online with Dr. David Perlmutter, author of Grain Brain, another poorly referenced story book about health.

I [Pam Popper] have several issues with Newport’s book and her hypothesis. Newport claims that a ketogenic diet cured her husband, not coconut oil. Unless her husband lived almost exclusively on coconut oil, it is highly unlikely that the addition of coconut oil alone would be enough to keep her husband in a state of ketosis. On her website, she has posted information about promising research on ketogenic diets for patients with many conditions including cancer. These studies are not being conducted to see if coconut oil has magical properties and can cure neurological diseases and cancer; rather they involve the use of ketogenic diets, in conjunction with several other adjuvant treatments, for these conditions. This is highly misleading; she promotes coconut oil as having curative properties while citing research studies that are not about coconut oil as a treatment for disease.

She also states on her website that her husband improved and remained stable for 2 years after “the coconut oil cure” and then died of Alzheimer’s disease. This is hardly the “cure” most Alzheimer’s patients and their families are looking for.

Newport thanks the people who have sent her testimonials about coconut oil, claiming to have received over 400. She says some patients had no response but “…the vast majority has (sic) reported improvements in cognitive function and overall quality of life.” Perhaps this is inspiring to some, but this reporting of the letters she’s received falls short of evidence to support encouraging people to eat coconut oil.

Newport’s website features a section called “Read and Print Articles” on which are posted a few case studies, newspaper articles, and a list of “Scientific References for Ketone Research.” Again, there is a difference between adding coconut oil to the diet, and adopting a ketogenic diet for treatment, a distinction she either does not understand or does not choose to clarify for her readers. I’ve deliberately spent a lot of time on Newport since her “story” and book are often cited as reasons to add coconut oil to the diet.

The reality is that there is not one published study showing that human patients with Alzheimer’s Disease have improved or recovered as a result of consuming coconut oil. There are also no studies showing that medium-chain triglycerides reduce the risk of Alzheimer’s or improve outcomes for those who have it. Dr. Daniel Hwang, a research molecular biologist specializing in lauric acid at the Western Human Nutrition Research Center at the University of California Davis, says, “There are a lot of claims that coconut oil may have health benefits, but there is no concrete scientific data yet to support this.”

A lot of the hype for coconut oil comes from other questionable sources. Dr. Mercola advises cooking with coconut oil because it is good for your heart, contains the same type of fat found in mothers’ milk, can improve immune function, and promote weight loss. I visited Mercola’s site, on which he sells coconut oil. The site features a video of Mercola talking about coconut oil and a very long article, with no references. One of the first “experts” featured in the article is Weston Price, the dentist who visited several primitive populations to look at the connection between diet and dental health. Price made several observations about the health of these populations which have since been disproved. His book was a travelogue, not a referenced piece about diet and health. The video features Mercola’s ramblings about “protein types” and “carbohydrate types” and encourages people to apply these categories to themselves when making decisions about diet. He says that if coconut makes you nauseous or sick you should eat less of it and you might be a “carbohydrate type“.

Not surprisingly Dr. Oz thinks coconut oil is a magical food. Posted on his website is an article titled “99 Amazing Uses for Coconut Oil.”  Oz claims that coconut oil is a heart- healthy food (apparently he has not read any research about the Minangkabau of Indonesia and their health status) that can help people to avoid getting sick when exposed to viruses, improve thyroid function, improve blood sugar, reduce the need for insulin, increase energy, improve digestion, increase absorption of vitamins, lower cholesterol, and reverse ageing. There are no citations to support these claims on the site.

The Wellness Mama lists 101 ways to use coconut oil, making even more health claims. At the bottom of her very long list, she writes that studies show that coconut oil can lower cholesterol and blood pressure, improve thyroid health, boost metabolism, increase bone strength, and fight infection and candida. Excited that I might actually get to read some studies after spending a couple of hours reading claims without references, I clicked on the link and was taken to a site called “Tropical Traditions” which sells products, including coconut oil. The site’s “references” are a book written by a chef called Virgin Coconut Oil: How it has changed people’s lives, and how it can change yours.”  The book features over 100 personal stories and over 85 recipes. The author, Brian Shilhavy, has a BA in Bible/Greek, and MA in linguistics and is the Executive Chef for the Tropical Traditions.

I could go on, but site after site features the same types of storytelling and unsubstantiated claims. And those who offer any information, such as referencing the populations that eat a diet that includes coconut oil, must count on the fact that no one will actually look up studies and read them since they generally support our recommendation to avoid, not include coconut oil in the diet.

The popularity of coconut oil is based on myth and misrepresentation. While I’ll forgive the bloggers and those sharing personal stories since they don’t understand the type of evidence needed to support claims, I have a real issue with the health professionals who tout coconut oil. Either they don’t know any better (disturbing) or they know better and deliberately mislead (even more disturbing). Either way, consumers should be very cautious in looking at and evaluating diet and health information. Misrepresentation seems to be the rule, not the exception these days.